As you might know I sometimes review novels for the Netgalley site. I did one earlier this week and trying to figure out what was the writer's background discovered another novel she wrote. The one I had to review was  certainly not a favourite but this one I bought really was.

According to Amazon Pamela Q. Fernandes was born and raised in Kuwait. She's seen first hand the country's laws and landscape shift after fleeing the First Gulf War with her family and returning to the country in 1996.

This novel "Painting Kuwait Violet" is set a few years after the First Gulf War in Kuwait. The novel is about Indian Violet who gets herself a job as a maid in Kuwait. In that household several maids have fled and one has been killed. The question is who is the murderer. She is warned by others not to mention if she sees a weird thing and even those first days she discovers one of the woman who was in the plane has supposedly killed herself upon arrival.

Does that mean the novel is very anti-Kuwaiti? Not at all. Violet makes friends with a daughter and there is someone who tries to protect here all those years even when she never realises that up till the end.

While I missed the colour locale, the local background in another of miss Fernandes stories, this novel is like an anthropological study of Kuwaiti life around the turn of the millennium. The whole thing of modern day slavery and the lives of rich Kuwaiti. But also the difference in standing of Bedouin Kuwaiti and the others and the lack of prospects for women.

Here in Europe we are used to residence permits as a status given by the government to an individual but several of my visa clients told me about the fact that in the Gulf and Saudi a residence permit is part of your employment contract and thus you are very dependant on your boss.

The book was a very interesting read and the thriller was entertaining although I came to the same conclusion as Madam. Very well done and the fact it is written by a local is obvious.

In 1996, a young graduate, Violet Baretto leaves Goa to work in oil-rich Kuwait as a maid for a wealthy Kuwaiti woman. To her horror, she finds herself accused of theft, her colleagues assaulted, thrown from moving cars or performing 'favors.'

Sabah Dashti, the Kuwaiti matriarch can't tell Violet the truth; nine of Sabah's previous maids have absconded, five of them were found pregnant or that the police think she's running a prostitution ring. Sabah has no idea who's responsible.

Kuwait is still patriarchal and women are second-class citizens. Despite their differences, both Sabah and Violet are hungry for success as it will give them a chance to live life on their own terms. Together they build a thriving business. But a woman-hating, killer has set eyes on them and will not let them succeed at any cost.

Poignant, chilling and honest, Painting Kuwait Violet underlines the reality of women on either side of the country's class divide. 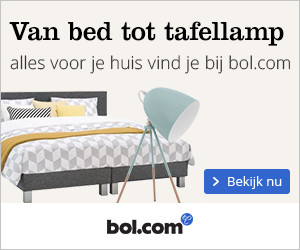