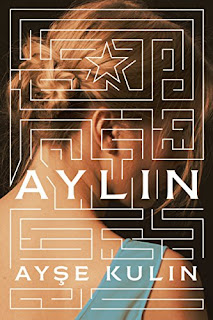 At first I pondered, while reading, that this Turkish novel was definatly from another writing culture than my normal Western books. It starts not even with the birth of the heroine but with her great grandfather.

Well in fact it starts with Aylin's death. Was it murder? Was this based on a real person? Then the turns towards the past and starts with her ancestors and continues to describe her whole life.It seems we pass five husbands and numorous flings in the blink of an eye only to slow down to tell about several patients she treated. She is described as a very good doctor but a very shallow person in real life who is fun to be with but who gets easily bored with people and then moves on to the next man. She reminded me of a friend of mine who is the same with men.

The story stops abrupt with her death leaving a couple of suspects: 1) the husband she refuses to divorce who has connections with the Clintons  2) army connections because she is digging in experiments 3) a violent ex patient.

Exactly that ending made me wonder if this was indeed based on a real person and the book a kind of "I accuse". And after some digging I found out that the real Aylin was Aylin Radomisli-Cates, married to Kelvin Kline's father in law. And indeed this Aylin was found dead as described. The writer a relative of hers. I ran some Turkish newspaper interviews through Google translate. It seems not all the familymembers agreed with the picture of Aylin in the book.

Although I do not like the book as a novel (no depth) it still had me mesmerised because it is a real murder case and I have a legal mind. I wished I knew - now 20 years after the murder - who had done it. But even her ex is now dead.

This is what AMAZON has to say about the book:


Aylin’s body was found in her garden, her hair immaculately styled as usual. Her death came as a shock—after all, who would have wanted someone so admired and talented dead? Who—among the many she’d helped, the few she’d hurt, and all those she’d left behind—might have been driven to murder?
In the course of Aylin’s life, she had been many things: a skinny little girl, a young woman blossoming into a beauty, a princess married to a controlling Libyan prince, a broke medical student determined to succeed. She’d been a seductress, a teacher, a renowned psychiatrist, and a Turkish immigrant remarkably at home as an officer in the US Army. Through it all, she’d loved, been in love, and pursued truth without surrender. Whatever role she’d found herself in, she’d committed to it fully and lived it with her heart, mind, and soul.
From internationally bestselling Turkish author Ayşe Kulin comes Aylin, the story of one woman’s life as she makes her passionate way toward a strange, sudden end.
op 23:28:00