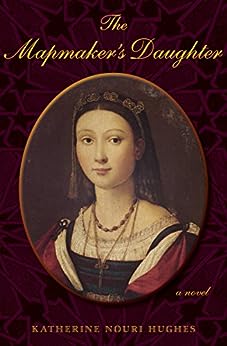 Let me start with saying that I know a lot of that historical era so will not have experienced the trouble some (American) people mentioned with knowing who was who and what country was what.

The author picked a historical figure who is mostly remembered by name only so she has carte blanche creating a person. Other people like Sultan Suleiman and his sons are very well known historical people.

In the novel the old sultan-mother lies in bed gravely ill and looks back on her life. She was a granddaughter of a Venetian merchant who wanted to move up in the world. Her mother was an educated mapmaker and grandpapa tries to pair her to a nobleman. She has done something that is bothering her: something that felt like the right thing to do while it was wrong to do it.

One day this Venetian girl end up in the harem of Sultan Suleyman who sees a brilliant mind and designs to have her trained as the wife of his successor.

The first half of the novel is in my opinion the most interesting one. It seems that the young girl is very impressed with Sultan Suleyman. Like him she values mathematical order and discipline. Somehow what is going on in her heart is not that much mentioned. She seems a math nerd who has a dose of Asperger. Her husband loves her but she seems indifferent.

That is what bothered me with this book. What is Nurbanu really? (Her son asks the same question). Her grandfather is a selfish ass and still she writes to him as if the had a good relationship. She seems to dote on her son and grandson but does not try to amend a rift. On the other hand it is clear that you cannot let your guard down in the palace. That is the tragic thing: when she learns forgiveness and warmth and start to feel happy it ......

For people who look for a historical romance novel: look somewhere else. This felt to me like a novel by Umberto Eco.

People mentioned needing 3 months to finish the book: I read it in one day during the Corona crisis.