Many of us will know the story of the Spaniard Cortes who with a very small army conquered the Aztec Empire in Mexico. Some of you will know that he had a mistress who translated for him

This is mainly the story of her although we get to know Cortes, the emperor and a Mayan girl and her Spanish master / lover as well.

Even when you know the history of the conquest by Cortes I like the way the writer tries to explain why the Aztects lost against such a small army:
- They had never seen horses;
-  According to a religious story one of the gods would come back from over the sea (I was thinking "earlier explorer, probably Christian" as according to legend he was against the human sacrifices) so people thought Cortes might be that god;
-  The extreme hatred the Aztec invaders had forged with the other tribes who happily joined the Spanish;
- An emperor who is too hesitant to act.

Cortes his Indian lover really hates the Aztecs (seems we have the name wrong. They were called Mexica. In the book her father was killed by the Aztecs and she as a princess was sold by her mother as a slave to the Mayans. She sees Cortes for most of the story as a God but starts to have doubts at the end. 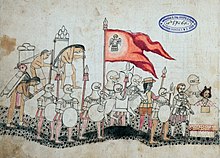 Some things in the book seem a bit free with the historical truth like when the emperor dies. But well that kept it interesting for someone who knew the general story. Although I am now wondering if I am mixing things up with the conquest of the Inca's.

Some of the secondary people are interesting too. The man who lived for many years as a slave amongst the Mayans and has troubles adjusting to his own Spanish countryman. The Mayan friends of Dona Maria who is given to another Spanish conqueror who really falls in love with her.


One thing I think is a glitch. How can a Mayan girl survive during a siege amidst people whose language she does not speak and who will know she was with the invaders?

All in all an interesting read for the historical side of the story. I somehow did not get a connection with Dona Maria nor with Cortes.