This week I found out that an old paperback novel had been digitalised and published online. Although the cover and the title suggest a lovestory for women it is an adventure novel with a male hero. Remember in the old days a romance was a romanza, an epic adventure by a hero.

The hero in this story is American lieutenant Stephen Fletcher of the Marines. When the naval ship he was posted on ran around in the sight of Tripoli during the US-Barbary states war in the beginning of the 19th century he is captured and sold as a slave in Tripoli. 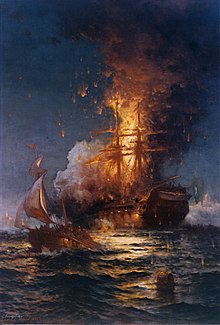 When people discover he is a magnificent sword fighter he is bought by the pasha to guard the palace. The bash kedin, the chief wife of the ruler has other plans for him that might easily cost him his life. In the meantime someone is plotting to overthrow the pasha, has the pasha some secret warplans against the Americans, a woman needs saving and is an American fleet ready to attack the city. 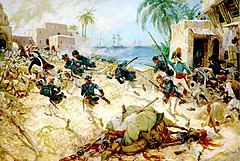 The novel reminded me of the Hornblower books. Very well written. Good worldbuilding. He more or less paints the scenery for you. Then I found out the writer had worked in the comic books industry.

Amazon explains:" Gardner Francis Fox (1911 to 1986) was a wordsmith. He formerly was schooled as a lawyer. Rerouted by the depression, he joined the comic book industry in 1937. Writing and creating for the soon to be DC comics. Mr. Fox set out to create such iconic characters as the Flash and Hawkman. He is also known for inventing Batman‘s utility belt and the multi-verse concept.At the same time, he was writing for comic books, and he also contributed heavily to the paperback novel industry. Mr. Fox wrote in all of the genres; westerns, historical romance, sword & sorcery, intergalactic adventures, and even erotica."