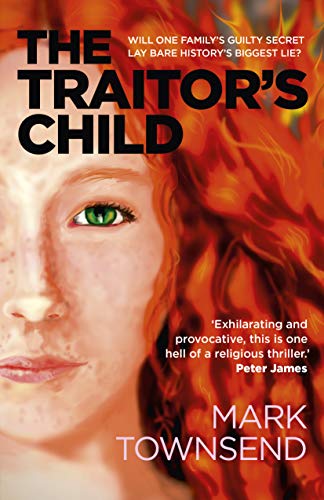 This is a novel with 3 separate stories that after a while intertwine:
- a Jewish man around the time of the fall of Granada;
- an Irish girl in a orphanage run by nuns
- a Dutch guy looking for his daughter in the 1980ties.

It is obvious the writer does not like the church and does a kind of "Dan Brown". It grated as I am raised in a religious family and this felt as Christians bashing and I was wondering if he would have dared it with for instance Muslims. Do not get me wrong: it is fiction. But I would have liked it more if the people had been more diverse. I do agree that the Christian Church tenets from Saint Paul seem a bit different from Jesus his teachings. And exactly by being less sledge hammer this book good have been so much better. And as far as I know in the Bible Maria Magdalena is the sister of Martha and Lazarus and not of Judas.
(The writer is supposed to be a former vicar?)

I am Dutch: What was supposed to be Dutch (the junk) was gibberish.  Another thing was that the Jewish man flees to Amsterdam. And yes in the 16th century many refugees came to Amsterdam because it was a safe heaven against religious persecution. But I think that wave of refugees was 40 years after the time the book is set..

The fact that a house in Spain is preserved for 5 centuries was also a bit much.