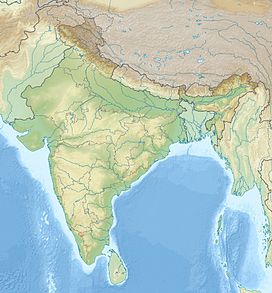 This book tells about how a simple convent girl in British India becomes a industrial tycoon in India after it's independence.

I had no idea where Lushai or Nagaland or ohima were located. I guessed on the border with Nepal. But according to Wikipedia the Lushai hills are located in Assam on the border with Birma. That might explain why part of the book describes the battle of Kohima.

Quoting Wikipedia: "The Battle of Kohima was the turning point of the Japanese U Go offensive into India in 1944 during the Second World War. The battle was fought in three stages from 4 April to 22 June 1944 around the town of Kohima in Nagaland in northeast India. From 3 to 16 April, the Japanese attempted to capture Kohima ridge, a feature which dominated the road by which the besieged British and Indian troops of IV Corps at Imphal were supplied. By mid-April, the small British and Indian force at Kohima was relieved. From 18 April to 13 May, British and Indian reinforcements counter-attacked to drive the Japanese from the positions they had captured. The Japanese abandoned the ridge at this point but continued to block the Kohima–Imphal road. From 16 May to 22 June, the British and Indian troops pursued the retreating Japanese and reopened the road. The battle ended on 22 June when British and Indian troops from Kohima and Imphal met at Milestone 109, ending the Siege of Imphal.
The battle is often referred to as the "Stalingrad of the East".[3][4] In 2013, the British National Army Museum voted the Battle of Imphal and Kohima to be "Britain's Greatest Battle"

Although Amazon more or less summarises the first part of the novel, the book itself is that good that you will still enjoy reading it. It does tell the story of Mary and the men in her life but at the same time the story of war and independence. 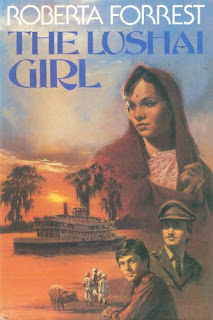 Amazon writes: "In March 1944, during World War Two and just before the Japanese army's offensive towards Bengal, their gateway to India, Lieutenant Gerald Petrie visits one of his father's tea plantations in Upper Assam, near Nagaland. As heir to the Petrie baronetcy and the Petrie tea empire, he knows the sort of world he will be entering, where British wives deal patience cards 'with the skill of ten thousand evenings'. What he does not expect to find there is the lovely Mary Sachema, a village-school educated Lushai hill girl working for the Warrens.

Against all the dictates of their circumstances Gerald and Mary fall deeply in love, spending just one night together before Gerald is abruptly recalled to his regiment. To Gerald's horror, but in tribal tradition, Mary follows him to the Kohima battlefield. Later, as he lies terribly wounded behind the enemy lines
she finds him and, to the amazement of his commanding officer, Alan Jameson, brings him to safety from a scene of carnage. As Gerald recovers, Mary and Alan realise that he will never walk again.

Scandalising Gerald's family and the co-directors of Petrie India, Mary accepts Gerald's proposal - accepting with it all the pain of a mixed marriage of that period, with an invalid husband, for the sake of love. She bears him a son, conceived before his injuries. And in due course, as his widow, becomes first-ever chairwoman of the Petrie India Company, at a time of far-reaching change.

The Lushai Girl, a 'best-seller' in several countries, was a finalist and runner-up in the Romantic Novelist Association's annual competition for the best romantic novel of the year. It is the highly romantic and deeply moving story of a woman's struggle to come to terms with family tragedy, racial prejudice, commercial manipulation and an India in which national politics have become politics of violence."