Our selection of free novels and textbooks of today ( 15th of August, Part 2)

A secret hidden for forty years is about to come out. The man at the centre of this secret discovers from his dying adoptive mother that he has a family he knew nothing about. With nothing to go on, he is determined to find them whatever the cost. However, the more he learns, the more dangerous his quest becomes. But when he finds out the truth it is so shocking and scandalous, it may well cost him his life and the lives of his family.

On the same day that France surrenders to the Nazis, Jack Mooney--a New Yorker, barely out of high school--hitches a ride to Montreal, where he enlists as a pilot in the Royal Canadian Air Force. The last thing he says to his little brother before leaving home is, "Don't forget me, kid."


With only the telegram to guide him, 12-year-old Tommy Mooney arms himself to the hilt: with a sling-shot, a boomerang, a bow and arrow set, and an indomitable sense of youthful optimism. Mounting his Schwinn bicycle, he heads for the Brooklyn Harbor, setting a course for London, England, where he plans to recruit Jack's British fiancée before continuing on to Nazi-occupied Belgium.


Soon enough, hope turns to foreboding--as it begins to look as though Tommy is being deceived by the Gestapo, used in a plot to expose a Resistance network created to help downed airmen. "Bravery," he realizes, "is like teeth plaque. It takes time to build up."


Hearkening back to the Hitchcock film, Saboteur, and the WWII era mysteries of Eric Ambler and Helen MacInnis, Telegram For Mrs. Mooney will introduce you to a truly likable, sometimes irascible, archetypal "everyman" hero. It's a edge-of-your-seat, hair-raising, nail-biter of an adventure. A novel with the power to invoke the fearless child within you. 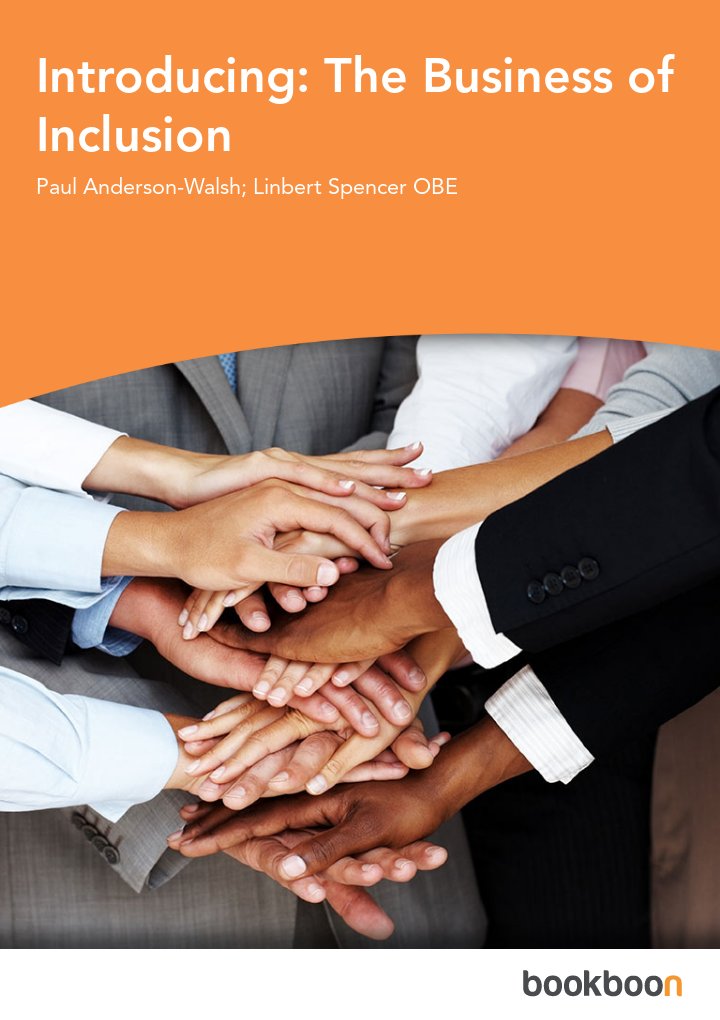 Introducing: The Business of Inclusion

Revolution not evolution; Introducing : The Business of Inclusion presents a radical and timely challenge to business leaders and HR Professionals who are focussed on the equality and diversity agenda.
This book is not about having a conscience about difference - it’s about being conscious of difference. It’s not about assimilating and homogenizing difference - it’s about valuing difference. It’s not about making people who are different, the same as us. No, it’s about the power that an organisation can derive from deliberately nurturing and integrating heterogeneous groups of people so that we fit together.
The bottom line is that this book is about the bottom line.

Linbert Spencer OBE has been enabling organisations and individuals to transform themselves for more than 30 years. He is vastly experienced in the development of diverse talent. His work around this agenda was formerly recognized by being named in the Queen’s New Year’s honours list in 2008.
Author, consultant, trainer and coach, he has facilitated seminars and workshops across the world. He is an innovative, inspirational facilitator with proven experience of effective board level and community interventions, and leadership team development. In 2004 he co-founded The Windsor Fellowship, a national charity that aims to prepare minority ethnic undergraduates for management roles in industry, commerce and the public sector.
Paul Anderson-Walsh has been an L&D practitioner since 1997. He has a vast amount of experience in facilitating high-level strategic change workshops. He has worked with a wide variety of organisations including: Cambridge University Press, Oxford Summer School, The Disney Corporation, The Design Council, Sir Robert McAlpine, Defra, Bank of New York Mellon, NWLH NHS Trust and Rabobank. He is highly regarded for his ability to help management teams work together.
Paul is also the founder and director of The Grace Project – a charity dedicated to working with people to help them discover their identity and resolve issues of self- worth and self-esteem. Paul has written three books on the subject. He is a well- respected commentator who is called upon by the BBC & he is a regular contributor at Premier Radio. Paul is the former CEO of The Stephen Lawrence Charitable Trust.