Review of "Atlas" by Eline Peer 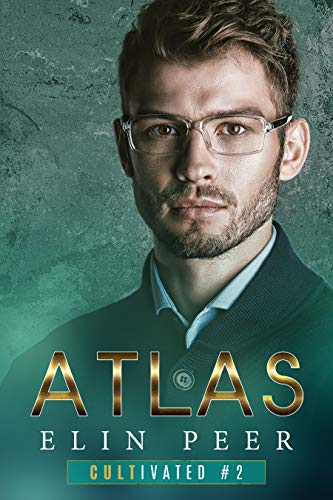 The author has written a couple of romance novels series around a central theme. It is obvious she is well versed in psychology and now identifies as a coach in her bio. Some of her novels are quite good others are just typical romances. I think it matters if she has her first idea for a new series developed into a book or if it is part 5 of the series.

This series is about cultivation. Book 1 that I did not read was about a cult.

This novel is about the son of that enigmatic cult-leader who forced his people to commit suicide like in that 1970ties cult. Atlas has dedicated his life to research into mind control. He is afraid that he is like his father. When a young female psychologist joins his team he has to fight fantasies of dominating her. And that scares him shitless because he thinks it is proof that he is rotten in his core.

The part where Elin the psychologist became apparent in this novel is where Atlas is told that there is a difference between wanting to hurt people and liking a rougher version of sex as long as that is mutual. But that wanting to be the dominant male does not involve inflicting bodily harm. That there is nothing wrong with him. This is done by discussing Fifty Shades of Grey without mentioning the title. I think with all those whip and chains novels that bursted to life after that book was published this bit of explaining is quite handy.

I also liked the background into how cults come to be. That even when someone has an idea to do good they always derail the moment person worshipping becomes part of it all. And how people can get traumatised by a situation like this where children survived that cult.

For the rest it is a love story.