Sir Francis Drake, the hero of the Armada, the second man who sailed around the globe, is just a shadow called The General in this tale told by a young enslaved African woman.

When the ship she is on, the FireShitter or Cagafuego is captured by the English she is transported to the English ship as a bedwarmer for Drake.

" Golden Hind caught up with Cagafuego on 1 March 1579, in the vicinity of Esmeraldas, Ecuador. Since it was the middle of the day and Drake did not want to arouse suspicions by reducing sails, he trailed some wine caskets behind Golden Hind to slow her progress and allow enough time for night to fall. In the early evening, after disguising Golden Hind as a merchantman, Drake finally came alongside his target and, when the Spanish captain San Juan de Antón refused to surrender, opened fire.[1]
Golden Hind's first broadside took off Cagafuego's mizzenmast. When the English sailors opened fire with muskets and crossbows, Golden Hind came alongside with a boarding party. Since they were not expecting English ships to be in the Pacific, Cagafuego's crew was taken completely by surprise and surrendered quickly and without much resistance. Once in control of the galleon, Drake brought both ships to a secluded stretch of coastline and over the course of the next six days unloaded the treasure.[2]"
Source: Wikipedia 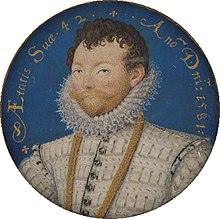 Maria sails with the Golden Hind towards what is now the USA and Canada and over the Pacific. Life on board the ship is cruel and rough with you shipboys buggered and a captain who can decide on life and limp. The novel gives a more dark view on life on board of those ocean faring ships. ANd also drives the grim reality of slavers and slavery in your face.

The novel is well written but apart from Maria the men aboard ship remain a mere shadows in her tale. The book seems well researched. It did manage to turn the hero into the more realistic slaver and privateer who abandoned friends when it was more opportunistic.