Review of "Jane and the Prisoner of Wool House (Jane Austen Mysteries, #6)", a naval detective story 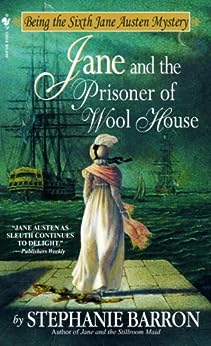 Did you know there are rules to waging war? I did even a whole course in it in university. It is called humanitarian law (what is in a name). And that is what this detective is about.

Jane (the writer) has a brother who is in the navy and who is rumoured to be appointed captain to a frigate. Her current captain has to appear before a court-marshal because he is accused of having slain a French captain after that man had lowered his colours.

A nice murder mystery in the naval community in a port town during the Napoleonic wars. Although the sleuth is Jane Austen the writer - why???- the writing style has nothing of her witty style  More Hornblower than Darcy.