A romance in the 15th century - The McKinnon the beginning 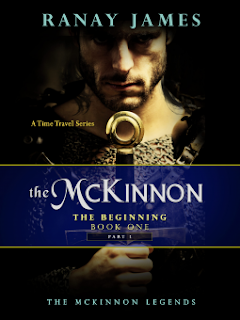 England, 15th century. Morgan finds her whole family slaughtered by an uncle who uses her as his ward to be able to rule her earldom. Her father had obtained a charter that his daughter would be able to rule it on her own after her 23rd birthday in the event he would die. When he uncle asks permission of the king to marry his ward and is turned down and her birthday is approaching Morgan fears for her life and escapes the castle posing as a stable-hand. In the forests she stumbles upon Sir Nic not knowing that he is ordered by the king to marry her (women and castles being seen as a reward).

The story is very well written but unfortunately the writer did cut the book in two parts and I got only part one to write a review about. I do not understand that marketing concept.
op 23:06:00