Book review: The Midwife: The Pocket Watch Chronicles - a kind of Outlander Light 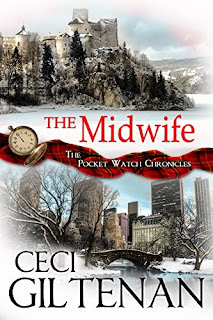 Another of those novels in which a woman timetravels to Scotland ("Outlander" set a trend). This time even further: to the 12th century.

The beginning is interesting. How to practice medicine with modern knowledge but Dark Ages material. You can notice the writer has a medical background. When you cannot perform a Ceasarian what other options are left?

The second half however is a bit bland. I rather had seen a bit more background and soulsearching. As for instance in Outlander where the real history and politics of the period are described.

Not the deepest story but a nice one to read on a plane (train / bus) and I had hours to fill in transport.


Amazon is a lot cheaper than Bol.  Kindle you can read with an app on your phone.