This sounds as a promising #FREE (today) book. A murder mystery set in Gaul in 56 BC 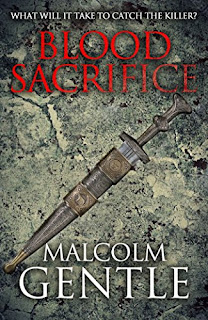 This sounds as a promising #FREE (today) book:
Summer, 56 BC.
Caesar is waging a war on Gaul.
Cingetorix, king of the Cantiaci, sends his bard, Bran, to meet the ambassador of the Veneti and Bran’s old friend, Morigenos, who has an urgent message for his allies about the war.
But when Bran arrives in Glannomagos he finds Morigenos has been brutally murdered.
And a few days later, the corpse of a young woman is washed ashore.
It quickly becomes apparent that the young woman had witnessed Morigenos’ murder and that someone is trying to cover their tracks...
Realising that the motive was to stop Bran from receiving Morigenos’ message, he is determined to find the culprit.
But his suspects include the very people in charge of the official investigation. Bran must contend with Druids, menacing mercenaries, a renegade Roman sailor, scheming Atrebetians and his well-meaning but troublesome charges, Cingetorix’s sons.
As the omens point to a confrontation with the might of Rome, can Bran solve the murder, recover Morigenos’ secret message and still escape with his own life?
'A memorable. page-turning read.' - Robert Foster, best-selling author of 'The Lunar Code'.
Malcolm Gentle is a retired civil servant. He lives in Sheffield with his wife. 'Blood Sacrifice' is his first novel.
Endeavour Press is the UK’s leading independent publisher of digital books.
https://www.amazon.com/dp/B00UJW5R5M/?tag=freebooksyemail-20
Labels: book Caesar France Gaul historic murder mystery novel Romans