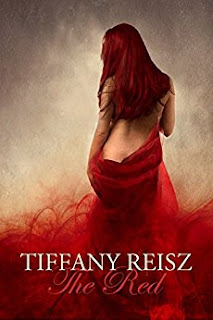 Mona Lisa enherited the artgallery of her mother but the business was so deep in depths she had to fire the staff and was about to close it down. Then a very goodlooking man appeared in the gallery after closing time and offered her to save her gallery. But she had to have sex with him once and awhile for a period of a year. She thaught he was a rich guy and who wanted a mistress. What he wanted was to reenact famous paintings however.

Which means they have sex only a couple of times during that year but it is all a bit out of the ordinary.

However some of the things that happened seemed to hint to something that was strange and unexplainable. Like when Malcolm reenacts a painting of a satyr playing with nymphs he seems to have real satyr legs. Mona at first thinks it is just a matter of having spent a lot of money on re-ennacting.

So I wanted to know what was really going on. Mona Lisa herself wonders if he is the devil. In books everything is possible is it not? In the end we find out who Malcolm really is and to be honest that part of the book is quite good.

I also liked the fact that the book explained a lot about famous paintings or paintings that I had not know of from famous painters.