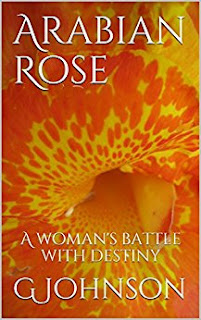 During the Second World war a young woman is posted as a war correspondent in a small Arabian harbour town on the edge of the desert. She falls in love with the town and its inhabitants. The British garrison however treats the locals with contempt. The commanding officer turns out to be a dangerous madman. The Germans are expected to attack any day. Tansy however is enjoying herself. She made a friend. A local she feels very attracted to. But then all hell breaks loose.

A beautiful and layered novel. But I might be prejudiced as I also fell in love with an Arab in a sleepy harbour town with whom I went to explore the desert. So my memory could bring up the sights and smells while reading this story.

I can really recommend this book. If a lovestory is not your cup of tea wait till it becomes a wartale that keeps you on the tip of your toes.

Only thing I found hard to swallow is that the British armed forces are committing warcrimes even when their crazed commanding officer is not there (I am not British by the way). I do understand that in the 1940ties some people harboured a deep mistrust or hatred towards natives but I would have expected it more from a German SS regiment.

The title refers to Tansy becoming an Arabian rose instead of the English rose she was.

Some scenes are very touching. Like the man who is insisting to read her her own journals so that she will know the names of the people to call for in heaven that she has forgotten due to her very old age.