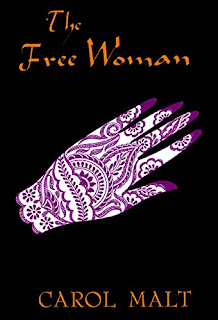 Hura is only 14 years old when her free childhood as daughter of a Berber prince in 16th century Morocco comes to an end. She is married off to the Andalusian refugee who is now the ruler of the coastal town Tetouan. Her much older husband thinks wives belong in the harem. But young Hura finds a way out and succeeds in convincing her husband to let her assist him. But their little realm is under constant threat: refugees poring in, culture classes between Berbers and Andalusians, Portuguese raids and a Sultan who cannot be trusted.

The story feels like it has been researched and the fact that is is based in a real folk hero guarantees a story that does not fall for platitudes.

The writer has a pleasant style. I enjoyed reading it. What I also found refreshing is that she does not make Hura into a 21st century girl transported into the 16th century. No complaints about arranged marriages.

What I thought interesting was to see that the town her husband rules is quite cosmopolitan: Jews and Christians living there. A gay man totally accepted. While the Berber stronghold she comes from has a ban on Jews and Christians from entering. Also interesting to see is how Rabat and Algiers were more or less rubble (an Tetouan) at first due to bombardment earlier in the century. And I had not expected that men and women would mingle at a court dinner.

Like I said: good reading material. For people with Moroccan roots, people who visited there, people who like to read about history or people who have Moroccan clients they want to impress.


Hura, a young Berber woman, defies the confining tradition of her first husband's harem to become the ruler of his fiefdom. Set in early Sixteenth century Morocco and based on fact, this biographical novel is the first to chronicle her heartbreaking challenges and dazzling achievements. (AMAZON)
Labels: Andalusian Berber book harem Moroccan Morocco novel Pirate review Tetouan