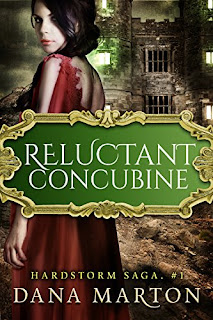 At the beginning of the two books Tera is I guess 16 or something. She and her father live on a beach and have fallen into deep poverty since the death of her mother who was a famous healer. She trained as a healer too but apart from administering herbal treatment she is still unable to heal by magic. When she would bed a man before that gift comes to her she probably will never develop it.

Sold into slavery she ends up in a society alien to her. It is a kind of warrior state where women are either concubines or slaves to be used by the warriors. But after a year or so in the service of a cruel household of a local noble the high lord of the country makes her his only concubine without ever touching her.

She does everything to regain her freedom so she can return home but then stumbles on an old secret.

While book 1 read as a romance story with fantasy elements book 2 is a fantasy adventure about a war but with a love aspect. 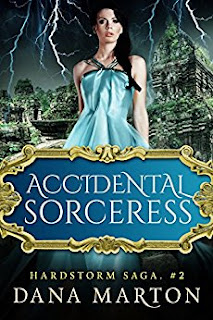 Tera is now the favourite concubine of the High Lord Batumar and his city is rebuilding after the siege. However her safe home is now threatened by another enemy and Tera feels very insecure about how Batumar feels about her. (And after having read book 1 you know the man is someone you would want to have fall in love with you.) But then Batumar wants to embark on a dangerous journey to forge alliances and takes her with him.

The story does a great job in painting us a vast world and in describing love and loss. Where many books will treat grief as a temporary thing here two things really wound her and are still hurting later on on several occasions like it would in the real world.

We can witness Tera grow into a leader. She is really a character you bond with. Her bodyguard Orz brings tears to one's eye.

Very good book. I will recommend it to my friends.

There were however some thing that kept me wondering: (***** some minor spoilers)
- Why would the High Lord leave his realm to go on such a mission on his own and not send a trusted warrior or diplomat? Because that one is already dead? Is there no other? I mean even with a second in command in place it will leave his country without the highest leader. Even if he maybe thinks he can accomplish it in two weeks or so it is very dangerous;
- Why does Tera not heal Orz with her healing magic? Somewhere she says he would be angry. Why? Because it would kill her as he is so hurt? But now his injuries make him unable to do his job.
- He cannot speak and then suddenly he can? Is that just a way of him getting healed over time?
Many reviewers on Amazon say there will be a third novel but I doubt it. As the last couple of sentences are exactly what Tera has been hoping for.