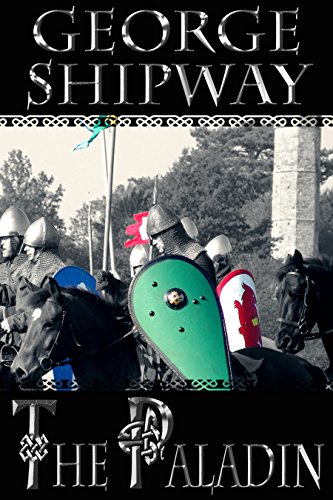 A book set in the era just after William the Conqueror has invaded England when the two sons of William oppose each other. The hero of the story is Walter and we follow him from a young age and see him become a knight. For people interested in history a very interesting novel. But be aware you might need a dictionary as many items of those days are mentioned and you might not know at first what that is. Really recommend reading it.


(On Amazon.com)
"Bestselling novel telling fictionalized account of the early part of the life of Walter Tirel, supposed killer of King William Rufus of England. From the author of Imperial Governor.


Normandy: 11th century: Young Walter has grown up at the abbey of Evreux, believing himself the son of the abbey’s superintendent Dean Fulk, and earns the nickname Tirel for his skill at archery. An unfortunate incident leads to him being sent away to endure the rigorous training of a squire in William the Conqueror’s household. At the same time he learns his true lineage, and how he has been deprived of his inheritance. He finds a friend in the Conqueror’s second son William Rufus, but is disgusted by certain aspects of his behaviour. He must also attach himself to Rufus’s feckless elder brother Robert Curthose in the hope of making his fortune and regaining his inheritance, but this leads him to make new enemies, and brings him together with his childhood sweetheart, the warrior-lady Isabel of Conches.

‘George Shipway’s progress as an historical novelist has established him in the enviable position of matching such masters of the genre as Harrison Ainsworth. No sloppy romantic make-believe; instead, Mr Shipway creates a vivid, definitive adventure story of the period.’ Sunday Telegraph

‘You could easily vaunt George Shipway’s latest novel as a saga of nymphomania, homosexuality, torture, witchcraft and bloodshed. But that would be to do it a great deal less than justice, for THE PALADIN blends its … ingredients into a very civilized novel. Mr Shipway promises a sequel, which softens the blow of reaching the final pages of this story.’ Daily Mail
‘Here is a rattling good yarn in the form of a historical novel. .. the details of life in castle and countryside are animated and evocative.’ Evening Standard

‘Vivid reconstruction of violent period of history probably nearer the truth than conventional notions of romantic chivalry.’ The Evening News

‘As delectable a piece of historical collage as you could wish for.’ Liverpool Daily Post

‘Power passion rather than rosy romance is the preoccupation of the giant Norman knights who stalk the pages of THE PALADIN by George Shipway . . . Its earthy often horrific images have a great physical presence...His sheer professionalism is a joy.’ Eastern Daily Press

‘This “account” of the young Norman lord’s (Tirel’s) earlier life is so vividly told that one waits eagerly the culmination in a second novel.’ Western Mail

‘George Shipway’s new book.… should make you late for dinner….In diamond-hard style he tells a meaty tale of bad barons, sadistic soldiery and persecuted peasants in post-Conquest Normandy. A disturbing picture of the so-called Age of Chivalry.’ Coventry Evening Telegraph

This book was first published in the 1970s and has since been out of print. Contains passages which may be offensive to LGBT readers.

ABOUT THE AUTHOR
George Frederick Morgan Shipway was born in 1908 in India and was educated at Clifton. He then attended the Royal Military College, Sandhurst and was commissioned into the Indian Army in 1928. He was attached the 2nd Battalion The Prince of Wales's Volunteers (South Lancashire), for one. After his year Shipway was posted to the 13th Duke of Connaught's Own Lancers. He spent two years (1936-1938) as Adjutant of the Mekran Levy Corps. In 1940-41 he became a General Staff Officer, at General Headquarters, India. He remained on the staff until 1944 when he was posted to serve with the Hyderabad Lancers.
Shipway retired as a Major and honorary Lieutenant-Colonel in 1948, following Indian independence. After retiring he became a teacher at Cheam School in Berkshire before becoming a novelist at the age of 60."