A thriller set in the Gulf region: "Candleburn" by Jack Hayes 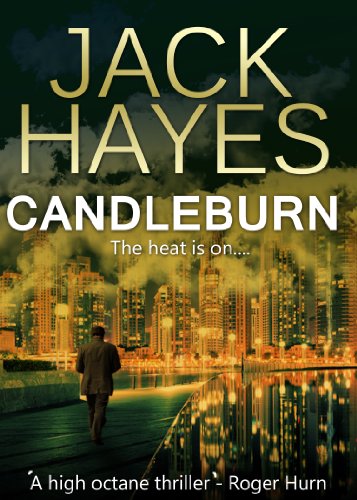 Candleburn is an intriguing read. It is a thriller set in Dubai and as the writer used to live there the novel provides us with a view on day to day life there. Somehow it remembered me of the old film noir detective stories of the nineteenfifties: dark but with a lot of humour. The journalist with troubles at work, the tough security guy. You keep reading and reading.

As it is quite some time ago that I read it myself I will point you guys to this good review on Amazon:

(AMAZON review by a fellow reader)

"Candleburn by Jack Hayes is one of the best spy / thriller novels I've read.
Jack Hayes knows how to build a story and supplies plenty of surprise twists.
Blake Hellier, a journalist with 18 months left on a three year contract, seemingly a paranoid whiner unable to handle a female boss, or is he right to think he is being sabotaged by Alice Thorne? And is Alice a misunderstood female boss or she running a manipulative controlling campaign to destroy Blake and reinforce her position as editor of The Journal's Gulf office? Then there is Nate Aspinal, manager for Chrome, a company specializing in industrial espionage.
Nate comes home from vacation to find two of his employees tortured and killed in a way that is reminiscent of the methods of the legendary terrorist organization "The Candle". But does The Candle exist, or is someone exploiting the myth to create more fear and terror? And what is their endgame?
Jack Hayes does a great job of making readers familiar with Dubai and the intricate written and unwritten rules of the emirate.
Dubai is one of the safest cities in the world where organized crime can only exist with the support of one of the leading families.
So who sponsors "The Candle" and what are they looking for?
When Blake receives a puzzlebox and Nate's family is kidnapped, bodies are dropping all over the city and a e begin to see that The Candle's endgame is beyond what we can imagine. An international conspiracy that goes far beyond UAE borders. What's in the box that it is worth torturing and killing so many? Who can Blake and Nate trust? How can they convince the government about the crisis that is to happen, before it is too late?
Candleburn is very well written, with an exciting and convincing plot.
If you like novels by Jack Higgins, Frederick Forsyth and Jan Guillou, you will enjoy Candleburn by Jack Hayes"