A detective in Moorish Spain: Book review of The Sin Eater 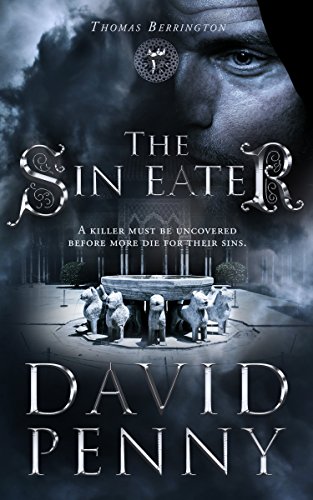 The book I have been reading all Sunday. An English surgeon lives in Moorish Granada and has to solve 2 murders. A time and a place I hardly know anything about so that alone was interesting in itself. I had suspicion about the murderer and the weapon but hey my neighbour always calls me Sherlock Holmes :)
Really a recommended read.

Moorish Spain, 1484, and no-one is innocent.
Thomas Berrington, emigre Englishman who has made the doomed city of Garnatah his home, is once again attempting to solve a series of mysterious deaths. Accompanied by his companion, the palace eunuch Jorge, Thomas struggles to discover the truth while those in power seek to distract him. As his investigation continues, his personal life splinters into chaos and he finds the Spanish once more demanding his presence.

As Thomas and Jorge draw closer to their quarry, the killer’s attention turns on them and those they love. The pair must race to unmask the Sin Eater before the lives of those close to them become forfeit.

The Sin Eater is the follow up to The Red Hill and Breaker of Bones, stunning historical mysteries set in a time and place coloured by intrigue and battle.