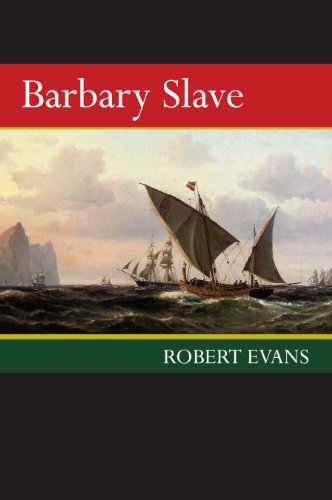 This book reads as if it is written a century ago while it is quite new. It deals with a lot of foreign stuff for someone who is not Algerian and unfortunately the dictionary is at the end of the novel. I was also misled a bit by strange spellings of Arab words like pasha (bashaw), couscous (kuskussu), sidi but maybe those are the American versions while I am more used to the French and English transliterations. On the other hand the writer explains that the baegnio is a prison while in other books I saw noted that the prisoners were held captive in a bathhouse. Probably because the word bagnio now means bathhouse and it seems those huge prisons had a bath.

The book tells of the adventures of a young American second mate who is captured by the Algerian corsairs and taken to Algiers. What is interesting is that although they are all put to work it seemed possible to get a good job as a slave and even get wages somehow. As if the whole slavery thing was more a matter of manpower and people forced to do jobs. Nevertheless each evening they are locked up in the prison and women they never see. So you can imagine what happens then.

As a slave and servant of the bashaw young James is even send on a expedition to the Touaregs in the Sahara.

Not unlike nowadays the Americans refuse to pay ransom so James is forced to stay in Algiers for years. Other countries had reverted to paying the Algerians a sum for safe travel.

The story is an interesting read as an account of life in the Barbary states but it is so clinical that it is hard to identify with James. I also missed a hint of the fact that a few years later the Americans attack the Barbary corsairs as the first act of the new navy.

"During the late 18th century the governing dey of Algiers ruled the Mediterranean Sea. He was master of European nations and the Islamic tribes of North Africa. A young American sailor, snared by the Barbary Pirates, suffers the despair of slavery. James Cathcart becomes slave to the dey of Algiers and is, therefore, at the center of international intrigue. He finds love in a grim prison, and again among the desert Tuareg. He was a slave and a diplomat; a slave and a warrior. Through the eleven-year journey, James always sustained his faith in freedom."