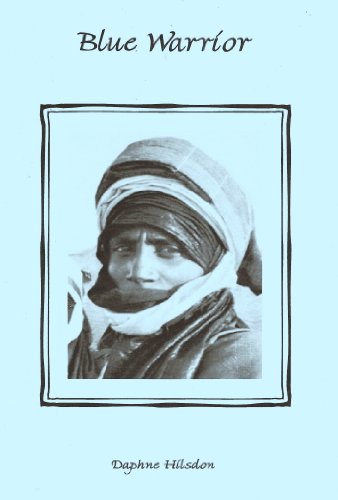 The story is set in Morocco. Written in 2000 the fact that there are no mobile phones and there is still a strong French influence combined with old fashioned notions made me think it probably is situated in the 1960's or something. Well at least that is the feel of the story. I have to say as a lovestory the fact that they just touch each other's nose or put a hand on a knee makes it a lot better then when the heroes and heroines jump in the hay the moment they see each other. This feels like a real love story.

Rafaela has a very domineering father who plans to marry her to the son of one of his business associations. In despair she steals his famous stallion and rides off to the south hoping to sell the horse to the Amir of a Touareg tribe who is also a famous horse breeder.

En route she meets a young Touareg but her family thinks they are two Touareg and send her brothers and other men to kill them. But finding out who she is does not change her father's mood as he hates her for making him look a fool. Like in a Western movie they have to travel the hills and plains and try to outrun their persuers.

The interesting part of the story is not so much the chase as how the friendship and later on the love between two so different persons develops.

While some of the books in the Touareg series have a very realistic feel about them this book reads more as a fairytale.

A tale of love, honour and revenge. Rafaele flees her father's plans for her, riding his prize stallion Blue Warrior, from his stud farm near Casablanca. She is pursued; he thinks more of the stallion than of her. She is soon joined by Sirhan, a young Tuareg, and together they ride south through Morocco in a desperate bid to reach Tayoudi before they are caught. Several times they are attacked; they each brave danger to rescue the other. And, inevitably, they fall in love. But who Sirhan is, and what he can do to protect Rafaele and prevent her father's reprisals comes as a surprise to her.
op 20:09:00